Growing roses in greenhouses: rules and secrets of the masters

Rose is the queen of flowers, however, in Russian conditions, you can enjoy the contemplation of royal buds only for a few summer months. However, there is a method that will allow you to admire these magnificent flowers all year round, and even get a good profit on their sale - this is growing roses in greenhouses. Florists have already developed many methods that allow you to grow magnificent roses of different varieties, which will turn into a decoration for any holiday.

The best varieties of roses for successful breeding 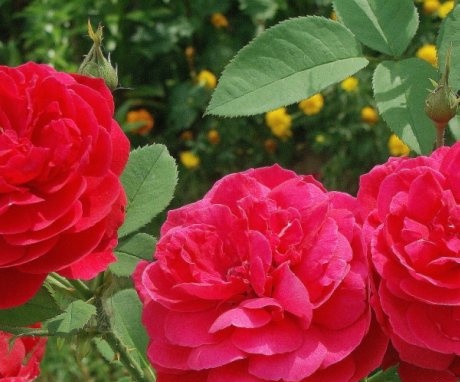 The rose has been grown as a cultivated plant for a very long time, and many varieties have been bred over hundreds of years, while not all of them are suitable for cultivation in greenhouses.

Important choose the right variety not only for the external qualities of the buds, but also for resistance to various unfavorable factors of powdery mildew, various other diseases and the action of pests.

The choice of rose variety depends on whether you are going to plant them, or plan to plant bushes with their own root system.

In the first case, you can get more strong and powerful stems, however, there will be much fewer flowers on grafted bushes. In addition, if you do not plan to grow flowers only for sale, you can focus on personal taste. 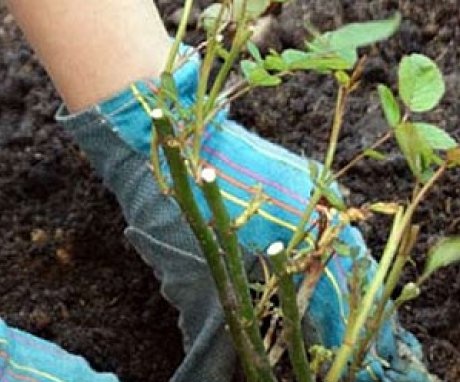 Greenhouse plants have their own characteristics, because their growth and development are completely dependent on the conditions created by man.

It is important to follow the basic rulesthat will allow you to get an active shoot with a large number of buds that can survive pruning and transportation. To grow roses, planting is carried out as follows:

With the right selection of seedlings you can get guaranteed fast growth and a large number of buds in the shortest possible time, so you need to carefully consider the selection of planting material.

Growing and basic rules of care 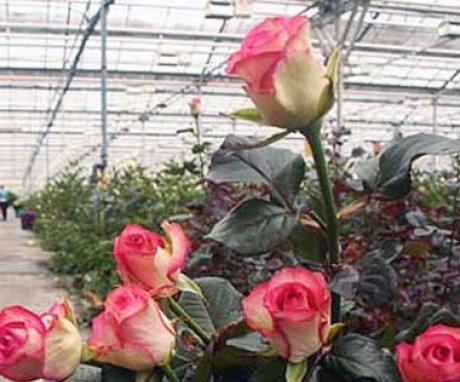 At the first time after planting, the temperature in the greenhouse should not exceed 10 degrees.

If it is warmer, the seedlings will grow unevenly, and some of them will die, which is highly desirable to avoid. If the temperature rises above 15 degrees, then the roses will need to be constantly watered to prevent the roots from drying out. Immediately after disembarkation for a while, the seedlings can be covered with a film so that the earth does not dry out, as this can harm the roots. When the shoots reach a height of 2 cm or more, the film is removed, and a rapid growth of green mass can be expected.

The rose does not like damage to the leaves, in addition, it is a moisture-loving plant that requires frequent spraying.

At first, after planting, the roots will not be able to receive the required amount of water, so the air itself must be humid. The more lush the bush is, the more buds will appear on it, and the higher its productivity will be. To improve leaf growth, several recommendations should be followed:

It is quite difficult to care for prose, a capricious plant quickly reacts to any changes in temperature and light.

Grafting a rose to a rosehip 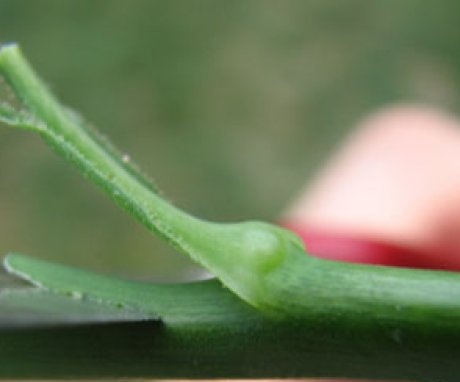 Growing bushes with its own root system is not the only option in the greenhouse.Very often, many varieties are propagated by grafting, and for this they use common rosehip... It grows quickly and has a strong root system, which means that it is very likely that the grafted shoots will take root, and you can get young shoots of the best varieties of greenhouse roses.

Rosehip seedlings, which already have their own root system, are planted in a container with soil, which consists of turf and humus in a 4: 1 ratio.

During the winter, seedlings are stored in a cool place, such as in a basement or in an outdoor greenhouse. You can vaccinate in March-April, this is the best time for a new shoot to take root. This operation is carried out as follows:

Reproduction by grafting helps to get bushes with a stronger leaf mass, but it is not always possible to get a large number of buds in the first year.

Correct insulation of roses in a greenhouse 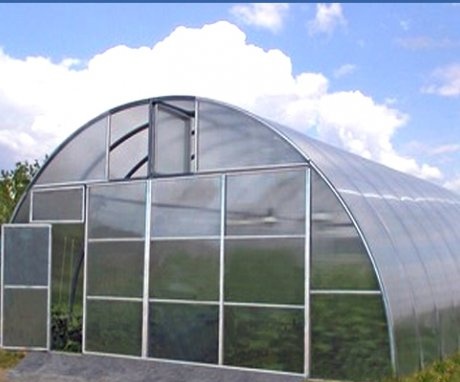 To grow quickly, a rose needs a certain microclimate with a constant correct temperature and no drafts. To do this, you need to take care of the insulation of the greenhouse and the organization of additional artificial lighting using lamps.

This applies to some aspects:

The main variant of heating equipment is an electric boiler, with the help of which it is possible to provide uniform heating without sudden temperature fluctuations.

However, this is also the most expensive type of heater, so sometimes you have to look for other options. For artificial lighting, lamps are used that can almost completely replace sunlight on cloudy days. However, overheating should not be allowed: if the sun is too bright, the greenhouse will need to be covered with curtains, and roses will need additional hydration.

The best option is drip irrigation from above, in which water will fall not only on the ground, but also to a greater extent on the leaves. 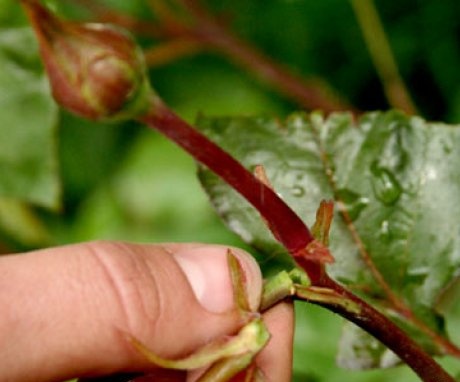 When growing a bush, remove side shootsso that some of the strongest shoots remain, on which large buds can grow.

Even after pruning, they will very quickly be ready for subsequent flowering, and you can again get magnificent roses:

It is not necessary to grow roses in a greenhouse just for sale. An amateur gardener can set aside one corner for them in the greenhouse to paint their home gorgeous fresh buds... 1 strong bush is capable of producing up to 8-9 flowers per season, and they can turn into the best home decoration.

You can experiment with crossing different varieties of roses, resulting in interesting hybrids.

Growing roses in greenhouses has been used for a very long time, and now the most advanced technologies have been developed that allow receive a large amount buds. With the right lighting and soil moisture, the bush will regularly produce flowers, and they can become a constant source of profit.

Oh, the rose is the queen of flowers. And in order to grow it, you need truly royal diligence and patience!

In greenhouses, roses are usually grown for sale in flower shops, and very often I began to hear about a tea rose. Is a tea rose a special kind and can you make teas from it? Or is it just a name because of its diminutiveness?

In our region, roses in the open field bloom 3 times, and in the greenhouse 4 times, that is, the gain is obvious. Therefore, the meaning, to build a greenhouse is obvious and you do not need to heat it, unless, only, you do not plan to grow some

In our region, roses in the open field bloom 3 times, and in the greenhouse 4 times, that is, the gain is obvious. Therefore, the meaning of building a greenhouse is obvious and there is no need to heat it, unless, only, you do not plan to grow some exotic plants in it.