Spirea Bumalda - an exquisite ornamental shrub for your garden

Particularly popular view spireas, since the end of the 19th century, is a cross between Japanese spirea and white-flowered spirea - Bumald. It is decorative, undemanding in care, it can grow in any climate, therefore it is an ideal option for decorating a garden. 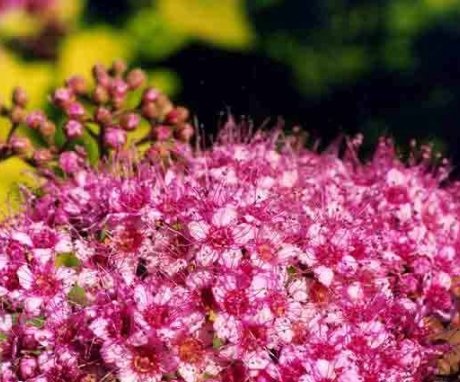 This hybrid of spirea found its fan for a long time, because the appearance of the bush allows it to become an adornment of any site. No more than a meter tall, bushes with a lush and dense crown similar to a ball bloom all summer, delighting with bright inflorescences from pale pink to dark red. Breeders have bred a lot of different varieties of this ornamental plant:

The variety of varieties of spirea Bumald makes it possible to make the garden a blooming paradise on earth.

Shrub propagation and its use in landscape design 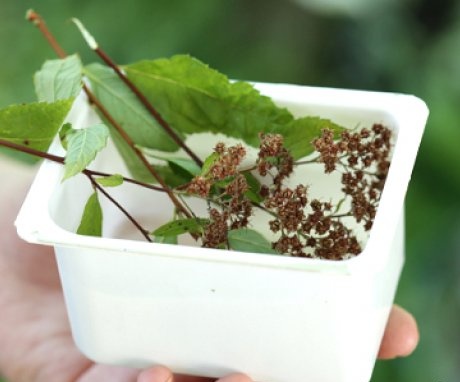 Like all types of spirea, Bumald reproduces in different ways:

It should be noted that the most preferred way of reproduction of spirea is grafting, so with others, a large percentage of splitting of signs is obtained, that is, when grown, individuals with white flowers will appear.

The varietal variety of Bumald's spirea helps to use it in different design solutions.

Low curvaceous forms look great in rockeries. The combination of leaves and flowers of different colors make the garden bright and unforgettable. On green lawns lawn flowering plantings of spirea are eye-catching. Some use the bush for hedges, in mixborders. Especially Boomalda is preferred for tamping ankle bushes such as lilac... Spireas are good in the neighborhood with other flowering shrubs - just show your imagination. And with conifers nearby, the ornamental plant opens up in all its glory.

Creating different forms of the crown of the spirea with a haircut is ideal for her, as she tolerates it well. And pruning faded shoots contributes to the rejuvenation of the shrub and active flowering in the future. Spirea Bumald is an ornamental plant, loved by designers and gardeners for its democratic attitude towards neighbors in planting and unpretentiousness. 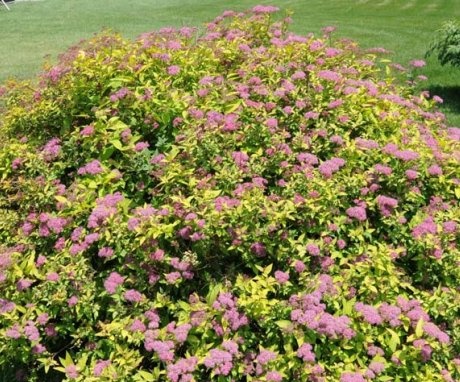 Despite the fact that spirea belongs to unpretentious plants, it still has priorities in choosing a place for growth and soil selection. Ornamental shrubs of this species love light or partial shade, so open sunny meadows are chosen for them. The soil is selected for planting the usual sod with the addition of peat and sand.

The richer the soil on which Bumald's spirea grows, the more magnificent its spherical crown.

It is better to plant the bushes in the winter in the first autumn month, choosing a cloudy day. If the groundwater is close at the landing site, then a drainage layer ten centimeters thick is poured onto the bottom of the landing pit, which is ordinary rubble or broken brick with sand. In the depth of the hole for the spirea, they reach half a meter with the condition that the root collar is at the level of the soil or slightly higher by 1-2 centimeters.

When planting spireas in groups, they maintain a distance between the bushes from half a meter to a meter. Spirea Bumald grows in all climatic zones, without going far to the north. And the shrub will begin to bloom depending on the beginning of the warm period and its duration. 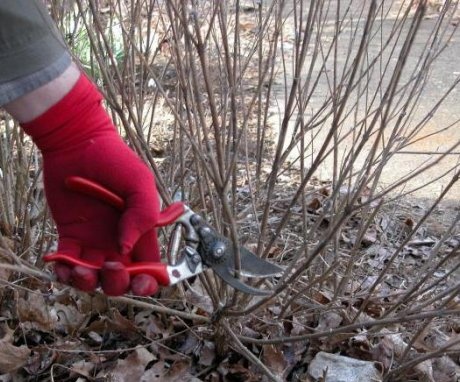 The external attractiveness of the spirea does not mean at all that it is capricious. No, the plant thrives under normal conditions. The soil should be constantly moist, but without stagnant water, because of this, decorative plantings are watered moderately. Only in dry summers or after trimming twice a month, a bucket of water is poured under each bush.

Several times per season it is necessary to loosen the plantings of an ornamental plant. Mulching also will not hurt and will minimize the care of the bushes. From materials for mulch, peat, sawdust, as well as layers of green moss are suitable. They will protect the soil from drying out and compaction during the rainy season, and the weeds will not be able to break through the mulch.

One of the most important rules in caring for a spirea is pruning the bushes:

Spirea is referred to as winter-hardy plants, but it is necessary to prepare it for the cold weather, especially young growth. To do this, the bushes are covered with foliage or spruce branches, pine trees. Also, during the winter, it is necessary to cover the plantings with snow. To fully guarantee that frosts will not damage the bushes, they can be bent to the ground, pinned with wire, and covered with peat or dry foliage.

Observe the basic rules for caring for ornamental shrubs - enjoy its flowering all summer and extend the life of the plant to the optimal period of 30 years. 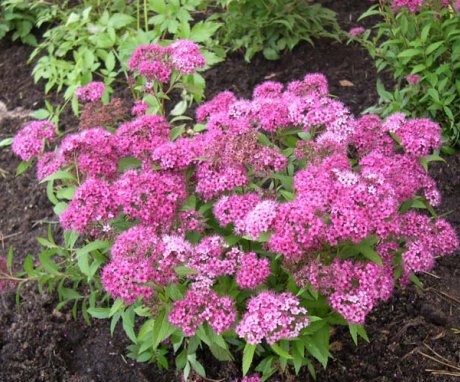 To protect the spirea from pests, it is necessary to follow all the measures of agricultural technology and care for it. Although it is resistant to pests, some of it still occurs:

Beautiful shrubs with bright flowers of all shades of red and unusual color leaves, attracting with their aroma and belonging to the Rosaceae family - this is about Bumald's spirea.Every gardener needs to have these plants in the garden, because they are not only extremely decorative, but also unpretentious, they can grow in any, not too swampy and shaded places.

To create an atmosphere of sophistication and chic in the garden, this is an indispensable plant.

Here, in the article, you can get information about the reproduction, cultivation and care of summer-flowering shrubs of Boomald's spirea. The question of plant pests, how to effectively deal with them is also highlighted.