How to grow a pine tree from a branch: preparation and rooting

Pine is a rather beautiful and neat tree of the gymnosperm division. It is planted to decorate streets, alleys and courtyards. In addition, the active compounds it produces cleanse the air from harmful microorganisms. Many grow pine seed or planting young pines. Is it possible to grow a beautiful tree from a small twig? Now we will find out about this by considering the technology of growing pine from its small twig.

Selects a branch of pine to grow 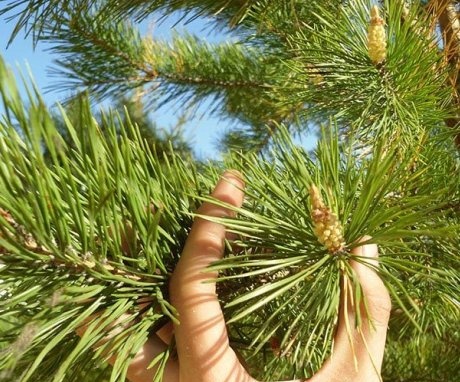 As strange as it sounds, many representatives of conifers can be propagated using a branch or a small stalk... This method is quite painstaking and requires a lot of patience, but if you are a plant lover, this is nothing for you. Consider the process breeding and cultivation conifers, for example, Scots pine, since it is a fairly common representative of gymnosperms.

Rooting of pine branches during this period will be much slower, since the intensity of photosynthesis will be reduced due to the short day. In such cases, to speed up the process, it will be necessary to create artificial lighting that can positively affect the formation of roots in a young pine twig.

The younger the branch cut for rooting, the faster the first roots will appear on it.

Therefore, it is better to choose semi-lignified or completely green pine twigs. This method of reproduction of gymnosperms is considered asexual, and the resulting plant will be identical to the mother.As a result of such reproduction, new gene variations are not obtained, and the genetic material of the cut pine branch remains unchanged. 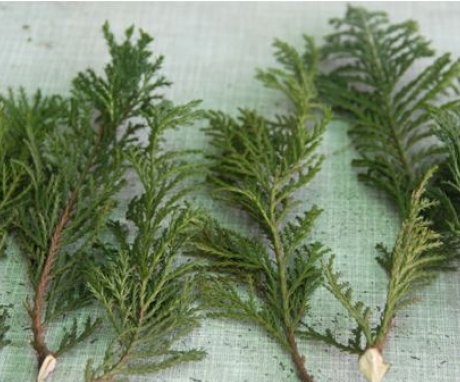 In order to get a new Scotch pine plant from a simple twig, you do not need to involve complex equipment and sophisticated technologies. This process is within the power of everyone and can be carried out in simple at home.

The main inventory for these procedures will be a pruner, preferably well sharpened, and a container for planting small branches.

A sharp pruner will help you to quickly cut the selected branch without staining you with the escaping resin. Scotch pine, like many representatives of gymnosperms, is filled inside not with sap, but with resin, which is quickly released when the integrity of its branches is violated. The resin is rather sticky, gives off a pleasant aroma and is not easily washed from hands and clothes. Therefore, it is worth cutting off the branch as soon as possible and moving away from the tree.

The process of preparing such a solution is very simple: a few crystals of potassium permanganate (usually at the tip of a knife) are added to a small amount of boiled water at room temperature to form a slightly pink solution. They then need to shed the soil before planting pine branches in it. Crystals of potassium permanganate have a detrimental effect on most pathogenic microorganisms found in peat. 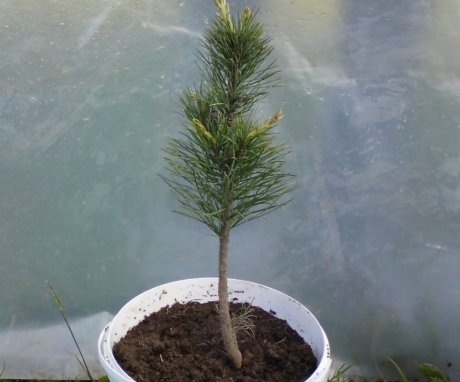 By choosing the one you like wood Scots pine, with the help of a sharp pruner (in the absence of it, a sharp knife will also do), cut a branch of a small length. Then you need to remove the existing branches to its bottom in order to free this zone in order to get roots on it. The size of the cut branch should not exceed ten centimeters. This is the most optimal length for this case. You can use smaller pine branches, they are also capable of rooting.If there are other extraneous branches on the selected branch, they should also be removed.

To get roots on a branch, you need a stimulant substance for root formation. It can be a common growth agent or a root stimulant.

You can buy such a substance in specialized flower shops. It releases as a liquid or solution. Please read the description before purchasing drug and the category of plants that it works well for.

Then the cut twig must be dipped into the prepared root former solution. Prepare the solution according to the existing drug instructions. The concentration of the root stimulator solution is directly proportional to the degree of lignification of the pine branch you have chosen. The stronger the lignification of its lower part, the more concentrated the prepared solution should be. If you decide to root a pine twig in the summer, then you may not need a root stimulant. 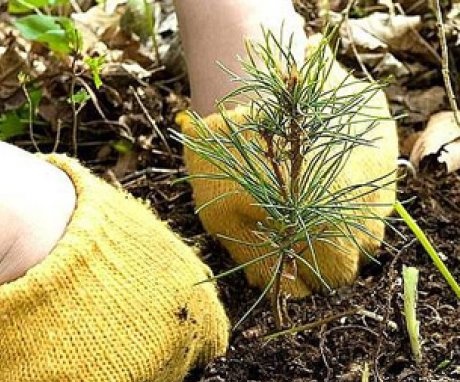 If you were engaged in cutting branches pine trees for rooting in early summer, then by August they should have formed roots. It is by their presence that they judge the need to plant pine nets in open ground.

The stronger and stronger the root system of pine branches, the more chances for their early fixation in the soil and active growth.

In the case of getting rooted branches, and you can check this by carefully excavating the top layer of soil around them, you can start planting. It is advisable to plant rooted pine twigs in a semi-shady area when there is no bright sun outside.