Features of the pennisetum plant

The plant has two names: pennisetum and pinnacle. The perennial belongs to the Zlakovy family and came to us from Asia. Today, the pennisetum is cultivated all over the world, from America to Asia and Africa.

Description of the plant 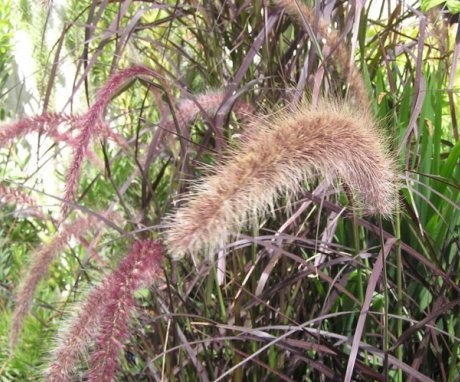 The appearance of the plant completely coincides with its name, translated from Latin "pennisetum" means "feather and bristle". Spikelets of the plant are collected in whorl inflorescences, which, in turn, are completely covered with bristles, pinnate-hairy structure.

In nature, there is a huge number of pennisetum species, botanists number about 150, but only some of them are cultivated in our country, and those are not particularly popular. But many species can be found in large numbers in South America and African countries.

Pennisetum has adapted well to the climate of our country, although he loves hot countries, at the same time he is considered one of the frost-resistant representatives... Throughout the winter, the bush remains bright, only a harsh winter with strong winds and a lot of rainfall can damage the fragile stems.

The people can hear the name "fountain grass".

This is the name of the pennisetum because of its appearance, the plant bends well, and when the fluffy spikelets fall to the ground, they resemble the flowing streams of a fountain. A particularly beautiful sight appears in windy weather, when the spikelets sway and tremble. The plant does not carry nutritional or medicinal value, it is grown in gardens only for decorative purposes. Growing pennisetum is only suitable for painstaking and attentive gardeners, because every year this perennial needs abundant pruning, and the leaves can damage the skin of the hands. 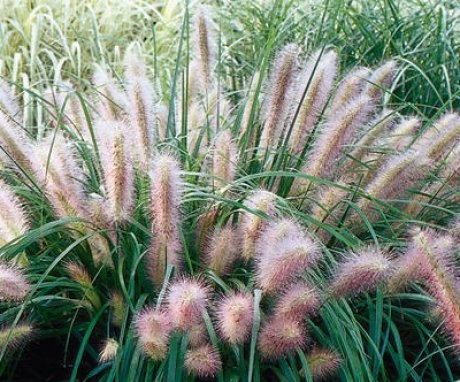 In nature, pennisetum grows in the subtropics and tropics. Despite the abundance of species, foxtail pennsetum is most often grown at home. 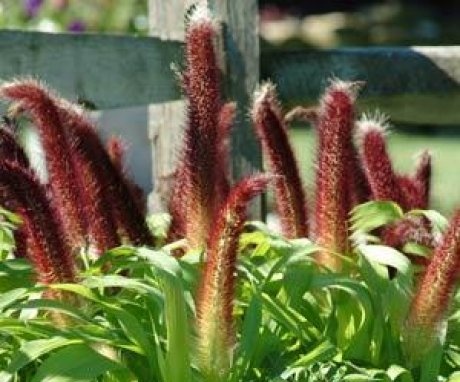 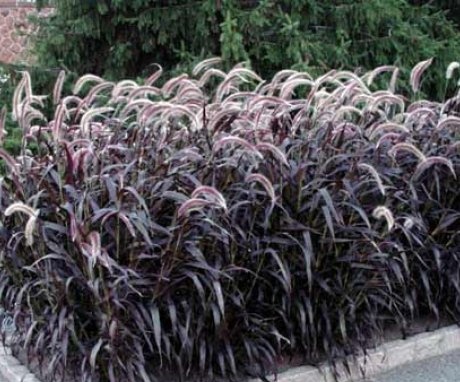 Pennisetum came to us from hot countries, therefore, when growing in a garden on our continent, it needs to be provided with similar conditions.

The plant loves warmth, the site should be in the open sun. Gardeners most often grow pennisetum in containers, and the plant sometimes goes from perennial to annual.

Pennisetum gets along well with other plants and goes well decoratively. 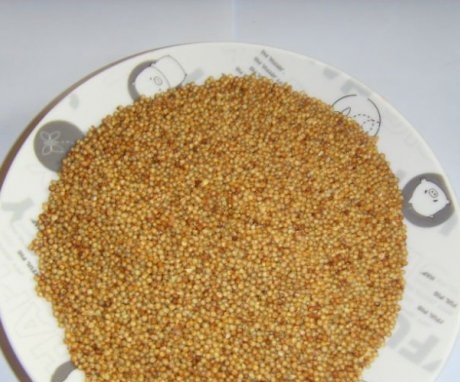 Not all gardeners risk growing pennisetum in their backyards.Many are sure that an exotic plant requires special conditions that are difficult to create in our climatic zone. However, this is a big misconception, special knowledge is not required to grow pennisetum, it is important to simply follow agricultural techniques.

For example, to achieve flowering this year, you need to plant seeds in February, and not at the end of spring.

Almost all cereals are difficult to tolerate transplants with bare roots, therefore, seedlings grown in cups will take root faster and develop better. This is best done in a large drawer, and in separate small cups or other containers.

Reproduction and possible difficulties in growing 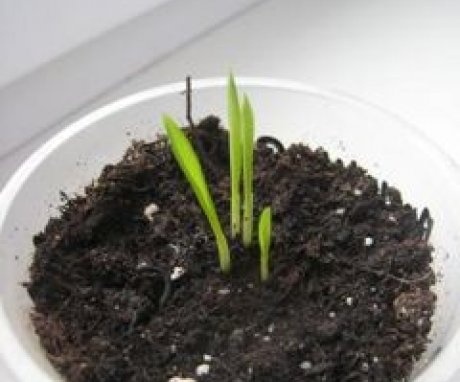 Pennisetum is propagated by seeds and dividing the bushes.

The first method is suitable for annual representatives, the second for perennials. The bush can be divided once every five years; too small parts cannot be separated. If the plant is grown using seeds, but it will only start blooming the next year. Ready seedlings are first planted in boxes in April, and already in May they are moved to a permanent place on the site. Annual pennisetums are used to form hedges and arrays.

If the pennisetum is annual, then it is propagated at the end of spring:

Many species and varieties of pennisetum are large, so they can be planted in the background of the garden.

The biggest challenge in growing is how to ensure the long life of the plant? Due to the peculiarities of our climate, the pennisetum behaves like an annual. To avoid this, you need to grow the cereal in containers or provide good shelter for the winter... It is worth noting that the pennisetum practically never gets sick, it is not afraid of any diseases and it is not susceptible to insects, fungi and other pests. At the end of autumn, the plant must be cut to the root, so it can survive the winter.

If we are talking about foxtail pennisetum, then it has high endurance, which is why it is recommended for cultivation in our country.

For the winter, you can not cut it, but only cover it with leaves or spruce branches. But even such a procedure will not be able to protect the plant from rapid aging, therefore, to stop degeneration, it needs to be divided from time to time. For residents of the southern regions, any other varieties of pennisetum are suitable.

More information about perennials can be found in the video.

Category:Perennials | Pennisetum
Good afternoon!
I am to you about your site
We liked your site and we want to offer you cooperation. We have our own production of goods for Summer residents that are interesting to your traffic. Similar products show excellent results with other webmasters.
How we are working?
You register in our partner network, we give you personal access to our products,
You choose a product, advertising materials and place them on your website.
How much will you earn?
On your website, according to statistics, ~ 1000 people per day, when placing a regular banner for example: (banner) 5.5% of people will click on it, the conversion of our product is 3-4%, that is, there will be about 3-4 orders, for each confirmed order you will receive 300 rub. That is, in 1 day for just 2 orders, you will earn from 600 rubles.
This turns out to be approximately 18,000 thousand rubles per month. Taking into account the demand and the thematicity of our product to your audience, you will earn much more than from contextual advertising or from selling banners.
What do you think about cooperation?
Waiting for your answer!