In early spring, the garden is a bleak sight: sleeping trees, black lakes of flower beds. And now from under the ground the flowering arrows of the Canadian Sanguinaria appear timidly, announcing the beginning of the awakening.

Sanguinaria Canadian - the one and only 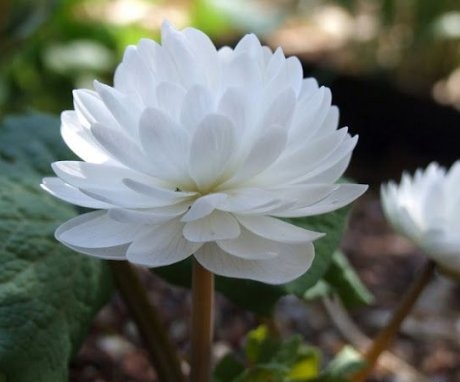 The plant is a perennial, a representative of the Poppy family. The genus Sanguinaria consists of one flower, which is found naturally in Canada and the United States. It should be found in deciduous forests, where there is a lot of moisture and little sun. Belongs to endermic - species that grow only in a rather limited area.

The name "sanguinaria" is derived from the Latin word for "blood". Even the Native Americans noticed that an orange-red sap was released from any crack in the underground part of the plant.

For them, it has become a natural dye, an indispensable component of ritual ceremonies. The very same flower the Indians called the "bloody root". Sanguinaria canadian - a worthy competitor to any primroses. When the snow covers disappear and the soil thaws, sprouts of a pinkish-gray hue timidly break into the light. Peduncles are not immediately visible. They are hidden under the tightly wrapped leaves.

The rays of the spring sun make the plant stretch upward. After a while, snow-white buds shyly appear from the tight tubule. They soon turn into exquisite flowers.

They are quite large (diameter 7-8 cm) and are somewhat similar to the usual for a look. chamomile or a lily. You won't be able to admire their beauty for a long time: the sanguinaria will fade in a matter of days. This will happen pretty quickly in the sun. The plant will decorate flower beds longer under favorable conditions (shade, rainy weather). Further, the leaves take the lead: heart-shaped, large (up to 0.2 m), grayish-green, bordered by teeth. They look very impressive in the garden.

New buds are formed at the ends of young shoots. Each of them gives life to one flower and one leaf. The underground part of the plant grows, forming a colorful picture of white flowers. Sanguinaria canadensis is an exotic plant, one of a kind.

How to propagate a plant 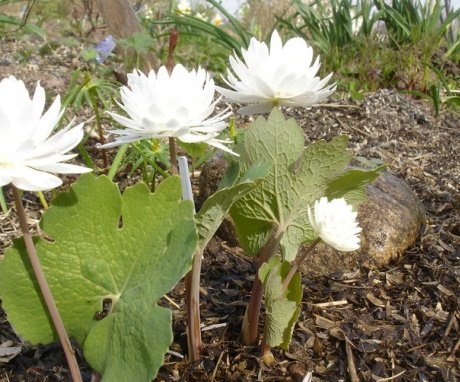 The flower is cultivated using seeds and cuttings. The second method is used in the fall, after waiting for the leaves to completely lodge.

Important points when dividing the rhizome:

In autumn, sections of the underground part of the sanguinarium with large bright buds appear on the shelves of specialized stores. Such planting material tolerates storage and transportation, but is afraid of overdrying. He must be planted as quickly as possible.

The seeds of the culture ripen at the end of June.

They are very susceptible to damage to the rhizome. When transplanting, you need to act as carefully as possible. Plants grown by this method will delight flowers in 3-4 years. Dividing the rhizome is the easiest and most affordable way to propagate Canadian sanguinaria. 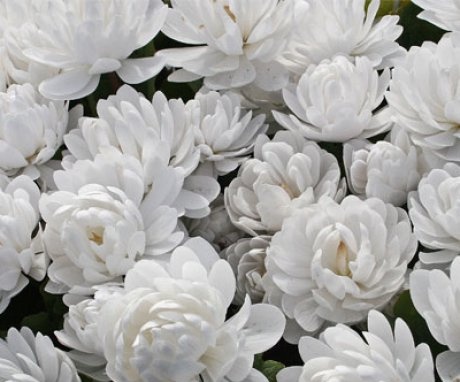 The blood root is quite unpretentious. Important information about the flower: 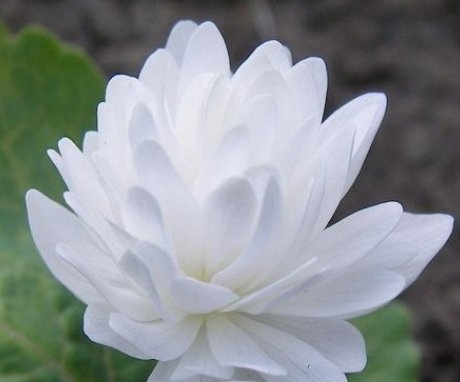 Thinking over the plan of the composition with the participation of culture, one should remember about its property of slowly creeping towards the shadow. Sprawling shrubs, large perennials are bad neighbors for a bloody root. Suitable companions are ground cover plants (primroses, thyme). Sanguinaria looks good in combination with low perennials with a compact crown (geranium, boxwood).

Fits organically into compositions with stones. On an alpine slide, flowers are comfortable at the bottom of the slope, oriented to the north or east.

In the courtyard, paved with slabs, a mono-garden will look beautiful. To equip it, a place is specially left between the plates. Sanguinaria are planted, boulders are laid out in shades of contrasting white (red, yellow, blue, brown). They are positioned so that they look beautiful on their own.

The plant is in harmony with coniferous shrubs. Looks exquisitely with those whose crown has been given the correct geometric shape (ball, cone).

In compositions with juniper, thuja, a Christmas tree flower feels good from the north or east side of them. Over time, it grows and forms whole lawns between coniferous bushes. Sanguinaria is a primrose. In the spring, other similar plants will suit her. Small early bulbous (tulips, daffodils, crocuses).

The successful combination of a flower with other plants allows you to create stylish compositions.

Sanguinaria Canadian is a gentle guest from North America. Its popularity is beginning to gain momentum: more and more gardeners are getting acquainted with this flower and are engaged in its cultivation.

More information about primroses can be found in the video.