It is widely believed that walnuts can be grown exclusively in warm regions and in very large areas. Nevertheless, at present, quite a lot of frost-resistant varieties have been bred. walnutsuitable for cultivation in areas with harsh climates, and many early maturing varieties that do not require a very large space.

Features of the structure of a walnut 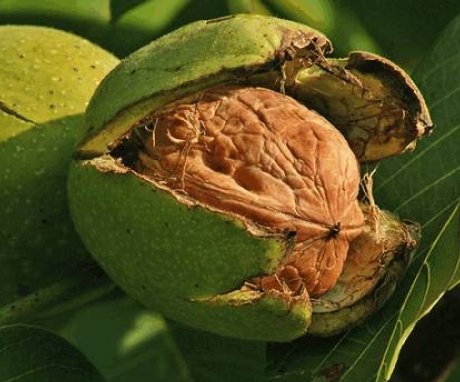 Walnut - a deciduous tree with a large spreading crown, growing up to 30 meters in height. The trunk diameter reaches one and a half meters. The tree is characterized by rapid growth and by the age of six it can already reach 3.5 meters. The main shoots and trunk are powerful and thick. The bark is gray, smooth, with cracks in mature trees. The leaves are large, elliptical.

Walnut is a wind-pollinated monoecious plant with dioecious flowers.

The walnut has a highly developed rod-type root system, with numerous lateral branches that can grow beyond the crown. 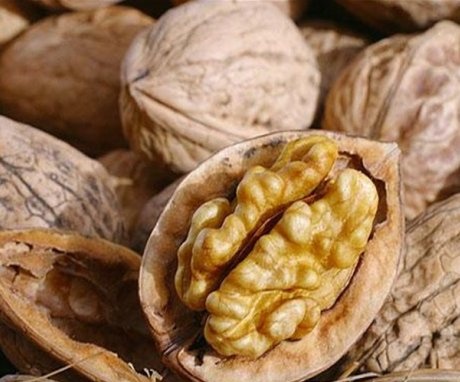 The most popular walnut varieties:

In regions with a mild warm climate, early-growing walnuts are grown, which are characterized by:

The best varieties of early-growing nuts: 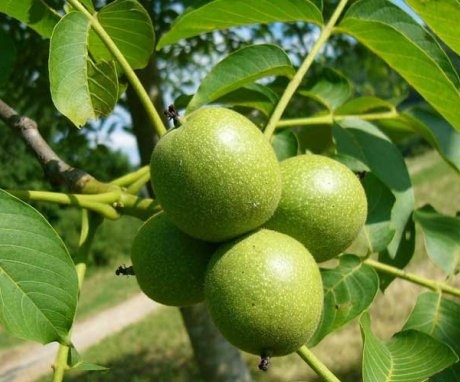 Walnut grown in well-lit areas. It can be planted on any slopes, except for the southern southwestern ones. The fact is that on the southern slopes the land warms up faster, and accordingly, the trees wake up earlier, which reduces their winter hardiness. In addition, in such areas there is a great difference between day and night temperatures, so plants suffer from burns during the day and frost at night.

Walnuts require a lot of space: they are planted according to the scheme 8 x 10 or 10 x 12 meters.

Small areas for growing a tree are not suitable, with the exception of early maturing varieties that have a small crown and size. The type of soil for planting a nut is moderately moist calcareous loam, sod-podzolic, sod or super sandy soil (humus content 3%), groundwater should not rise more than two meters to the surface.

On very swampy and compacted soils, the nut does not take root. The soil should be loose and moisture-retaining. The level of soil acidity is 5.5 - 5.8 pH. Soil fertility must be maintained without fail. Good results are obtained landing under the green manure tree: lupine, peas, oats. 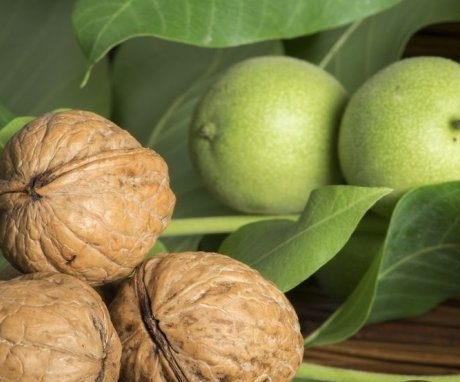 The walnut is propagated in two ways: by seeds and by grafting. Seeds are collected only from walnut varieties that grow in your area. Choose a sturdy, healthy tree with good yields: up to 20 kg dry walnut per 30 year old tree.

The ripeness of the fruit is determined by the green shell - the pericarp: it should begin to crack and easily separate when cut.

The collected nuts must be immediately cleaned of the pericarp and dried for 7 days in the sun, then under a canopy. Finally, the fruits are dried in a room at a temperature of 20 degrees. For sowing, you need to select large nuts of the correct shape, without flaws.

For reproduction by grafting (the most common method is budding), seedlings at the age of 2 years, grown in a greenhouse (available for purchase), are used for the stock. The best time for budding is the period of sap flow (early or mid-June).

For budding to be successful, it is important to harvest quality cuttings from healthy, high-yielding trees.Cuttings should be straight, from 30 cm long, with well-formed axillary vegetative buds. 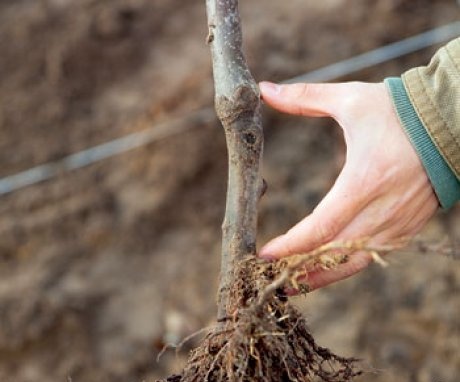 A hole for planting a walnut is prepared in the fall: 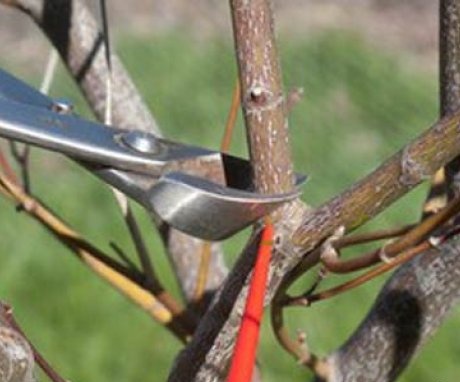 The walnut forms a crown on its own, therefore, in pruning does not need. If there is a need to delete any branches, they are pruned in stages:

Young seedlings require a lot of moisture during the growing season. Watering carried out once every 14 days: 3 buckets of water for each square meter of soil.

After the nut reaches 4 meters in height, watering is reduced.

Top dressing walnut should be done in spring and autumn:

Nitrogen fertilizers create a favorable environment for the development of bacteriosis, so they must be used with caution. And for the first two to three years of fruiting, refrain from using them, otherwise the tree's yield may decrease in the future. Potassium-phosphorus fertilizers can be applied to the soil from the second year, they contribute to the formation of a large number of ovaries. When applying fertilizer, loosen the soil deep so that nutrients can more easily penetrate to the roots. 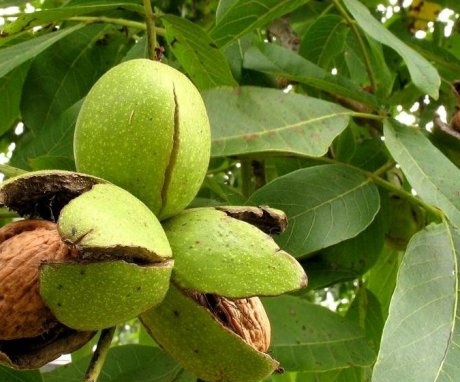 In comparison with other fruit trees, walnuts are much less likely to diseases and invasion pests... The most common pests affecting walnuts are:

Due to improper care, lack of light, excess moisture and other reasons Walnut becomes less resistant to diseases: