What the soil consists of - classification by composition and structure

Everyone knows what soil is. But not many gardeners and gardeners have heard what composition, classification and structure it has. 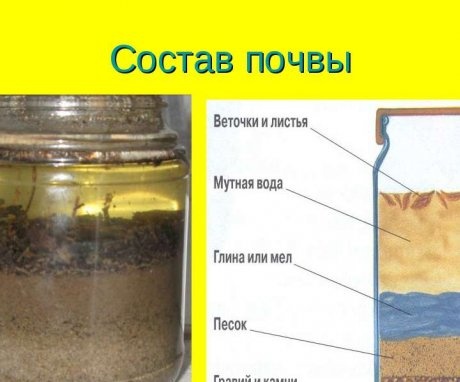 Soil (in other words, soil) is usually called the upper fertile layer of the earth. It contains a lot of different substances and components. In addition, the soil contains solid particles, as well as air, earth and living microorganisms. The last component determines whether the soil will be fertile.

Any soil has four different phases ("living", gaseous, liquid and solid), which are mixed with each other. Particulates are chemical elements along with minerals. Almost every soil usually contains almost the entire periodic table, but the level of its concentration differs.

From what components are included in the soil depends on how fertile it will be.

Substances in a liquid state (their other name is soil solution) are water with chemical elements dissolved in it. It is interesting that such a component of the soil is present even in the desert land, although it is there in very small quantities.

As for gaseous substances, they fill the gap that is between the solid particles. The composition of soil air includes nitrogen, organic compounds, oxygen and carbon dioxide. It is thanks to them that various processes can occur in the soil. For example, plants breathe or their roots rot. In the process of soil formation, living microorganisms are actively involved, which include bacteria, algae, fungi and invertebrates. In addition, they introduce chemical elements into the earth, while significantly changing its composition. 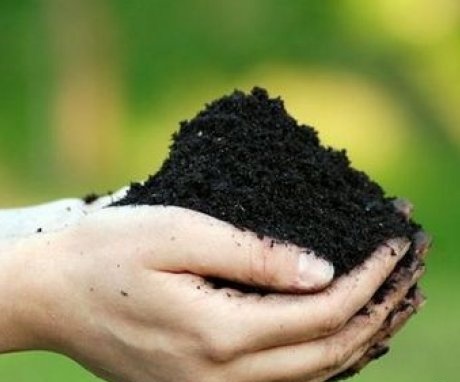 The soil structure is heterogeneous. It can be made of clay, sand or stones. All of these particles are of different sizes. The structure of the earth contains both very small grains of sand, barely visible to the eye, as well as large boulders. Usually, the components that enter the soil are divided into the main subspecies: sand, silt, clay and gravel.

In agricultural activities, such a composition has a very strong significance.

It is by what kind of land that the level of effort that needs to be made for it is determined processing... It is also very important how well the soil can absorb water. Good soil always contains clay and sand in the same ratio. This type of land is usually called loamy.

Loose soil is also distinguished, which lends itself well to processing. At the same time, it contains sand, in an amount slightly higher than the norm. This type of soil can retain minerals and moisture much worse. The clay type of soil is very sticky and moist. It is very difficult to drain. But at the same time, it contains a huge amount of nutrients. 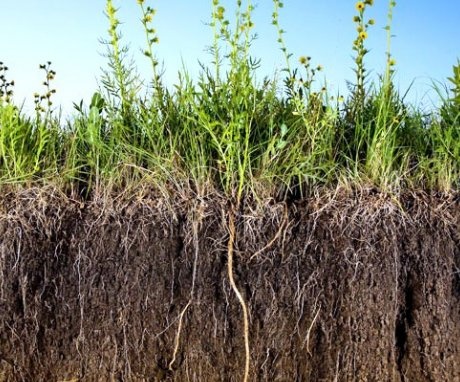 Soil formation is slow enough. For its mineral base to be fully renewed by at least two meters, at least seven thousand years must pass. The composition of the soil changes due to the constant exposure to factors such as water and wind. Where does the earth come from? These are very small particles of rock.

Such components make up the soil base.They settle to the ground, and before that, such particles are destroyed and begin to grind. The formation of such processes is greatly influenced by climatic factors. Step by step, this mineral layer of the earth is inhabited by various organisms that form into humus during processing into organic residues. And invertebrates contribute to excellent aeration of the soil, which loosen it, breaking through the tunnels.

Over time, the soil structure begins to change, becoming more and more fertile.

This process also appears due to the influence plants... They grow by adding organic matter to the earth, which changes its microclimate. Also, the soil is formed due to the impact of humans on it. This happens when he is working and cultivating the soil. If the soil contains infertile components, then organic and mineral fertilizers. 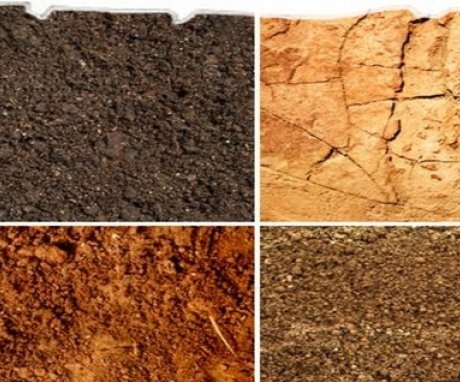 According to its composition, the soil is divided into several classes:

This classification is especially relevant in agricultural activities. This division is based on how much clay is in the soil.

Finally, it should be said about what substances in the soil will be useful for obtaining high harvest.

These are potassium, phosphorus, copper, nitrogen, magnesium and other mineral components. They appear in the ground when organic debris decomposes. In this case, fruit and vegetable crops will grow well in such soil.