Professional care for azalea in winter: rules and tips

Azalea is an evergreen plant that can rightfully be called the most striking decoration of a home flower garden. This plant was brought to the continent from England in the 19th century, but it was far from immediately possible to take root in the new conditions. Only thanks to many years of painstaking work of breeders, we got the opportunity to grow this capricious, but very beautiful flower in our homes. Caring for an azalea in winter is difficult, but the result will be great flowering at a time when other indoor plants require complete rest.

Azalea is a plant included in the genus Rhododendron, it is a direct relative of the heather shrub. Outwardly it is?

Azalea remains a favorite plant in many countries. In the east, from such a bush it is often bonsai formed, which becomes a symbol of prosperity, covered with bright and very beautiful petals.

Azalea is often presented as a gift to lovers of indoor flowers during flowering, and after a few days it completely dries up and dies. This is due to the fact that the conditions of an ordinary city apartment are completely unsuitable for such a flower, and the azalea quickly dies on the windowsill.

In order for this beautiful flower to decorate your home, it will have to create special conditions.

Azalea needs constant care, so you will have to devote enough time to the flower. If you do not have the opportunity to seriously engage in floriculture, it is better to choose less whimsical plants for decorating your home. 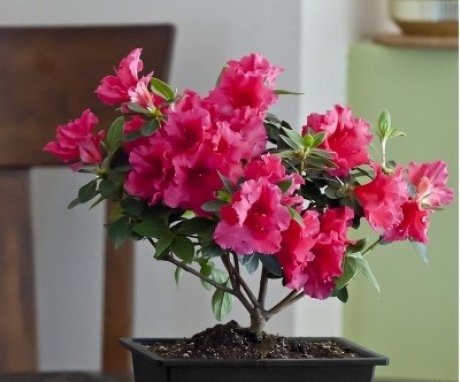 To make the azalea feel comfortable in the room, you can use a few simple tricks:

The plant is watered at least 2 times a day, and the higher the temperature in the room, the more abundant the watering should be. In addition, you will have to regularly spray the azalea with water at room temperature. It is undesirable to use tap water: at least you need to let it settle, which will take at least a day.

When and how to feed azaleas? 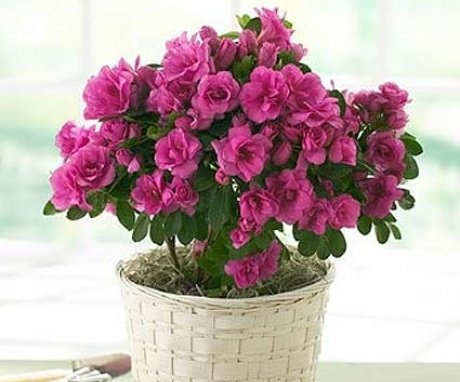 One of the prerequisites beautiful long flowering - correct feeding in accordance with the regime:

Secrets of the beautiful bloom of azaleas 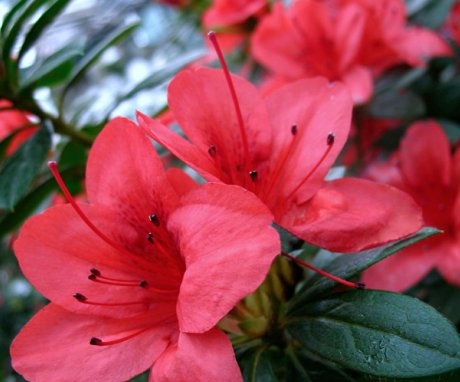 When purchasing an azalea, you should opt for a plant with a large number of buds, which will have only a few blossoming flowers. It is such a shrub that will delight you with flowering for a long time, and the petals, when the right conditions are created, will not begin to crumble.

An important rule of thumb: the warmer the room, the shorter the flowering period will be.

So if the greenhouse room is only 12 degrees, each azalea bush will be able to delight you with flowers for several months, and if the temperature is higher, then this period will be reduced to two to three weeks.

There are several secrets of flower growers that allow you to get abundant and long-lasting flowering:

Pruning and shaping the crown 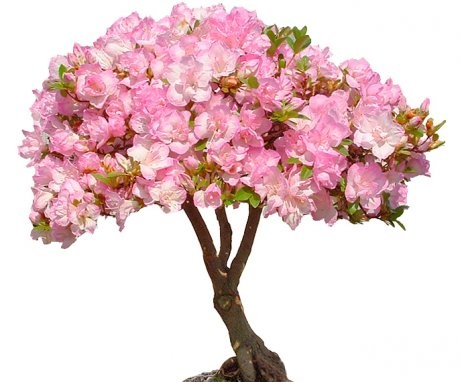 The flowering period will also help prolong the timely pruning of the plant and pinching the shoots. The more lush the bush, the worse it will bloom, so it is important to pay attention to the correct formation of the crown. Shoot pruning is carried out starting in May. Buds are formed at the tops of the shoots, so you need to make sure that there are as many of these tops as possible.

An azalea can be turned into a small, beautiful tree, like a Japanese bonsai tree, or into a small shrub with lots of side branches.

To form a crown-tree, the largest branch is selected, other shoots are removed. When the branch reaches the desired size, the tip is pinched, and the lateral processes will begin to grow. In this case, the plant must be turned so that the crown forms evenly, and pinch the tops of the overgrown branches. To form a crown-bush, you need to pinch the branches at a distance of 12 cm from the root, and when lateral processes appear, turn the plant regularly. Then the shoots will stretch evenly, and the bush will look beautiful. With each pruning, all diseased and damaged shoots are removed.

Azalea will appreciate your concern: if you control the growth and formation of new shoots, as well as ensure compliance with the temperature regime, the plant will become a real decoration of the flower garden. From the side, the flowering bush is completely covered with buds, and you can't even see the leaves on it, which looks just wonderful. 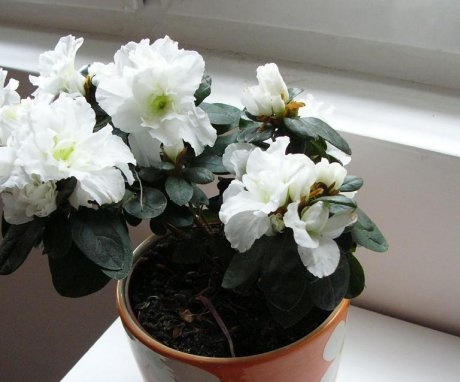 Unfortunately, any grower can face very unpleasant azalea diseases, which can not only stop the flowering of the bush, but also completely destroy the plant. The most serious threats are:

Although azalea is a capricious flower, it is quite possible to create acceptable conditions for it that will ensure consistently magnificent flowering. It can be made a real decoration of a balcony or a greenhouse; it looks great in a home summer garden.

Azalea easily tolerates outdoor coolness, so the pots can be placed on open terraces in late summer and early autumn.

The main condition for fast growth and excellent flowering is the attention and care of the owner. This plant is sensitive to the attitude of the owner, and with proper care, it will constantly delight you with bright buds. The fragile northern beauty can become a regular in your garden, and you can experiment by growing plants with different petal colors.

More information about azalea care can be found in the video.