From evergreens at home ficus takes pride of place. Tubs with a tree have always decorated the interior of rooms, being considered a symbol of comfort. The green handsome man has a beneficial effect on the energy of the house, relieving stress, purifying the air. In addition to decorativeness, ficus has a "livable character", easily taking root in any conditions.

One of the interesting types of indoor trees is Benjamin's ficus. It was discovered by the English botanist Benjamin Jackson, after whom the plant is named. A tree from the Mulberry family is found in the wild in the forests, at the foot of the mountains in southeast Asia. A feature of the ficus is its height of fifteen to thirty meters. Benjamin's domestic species differ slightly from their wild relatives.

Features of the structure of a houseplant 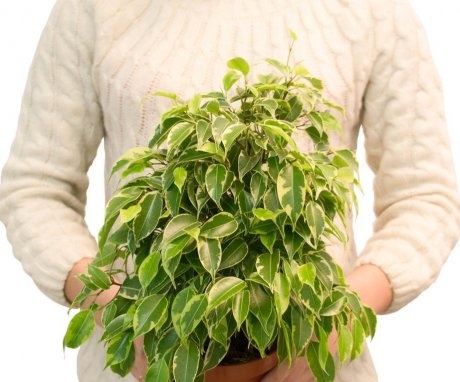 An evergreen tree grows at home up to a meter in height, less often up to two. The trunk and branches are covered with dark gray bark, on which brown stripes are visible. The densely branching bush is famous for its smooth, shiny lanceolate leaves, located alternately on short petioles.

The color of the leaves is varied depending on the variety. ficus benjamin:

The root system of the species spreads both over the surface and goes into the depths. It is distinguished by its strength and strength. Roots are often exposed when there is a lack of potting soil. Under indoor conditions, Benjamin's ficus does not bloom and does not bear fruit. The beauty and uniqueness of the plant lies in the color of the leaves, the shape of the crown.

When is ficus transplanted? 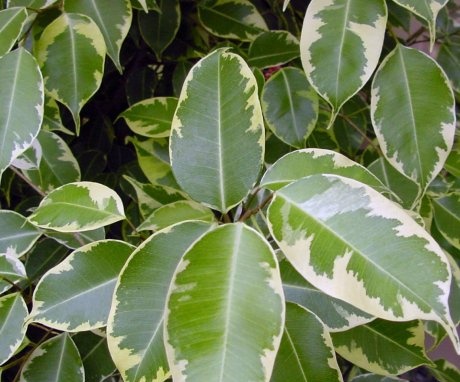 To update, improve the decorative effect of the bush, the ficus needs a transplant. The time for the procedure is chosen based on the characteristics of the development of the plant. The tree is dormant from October until the end of winter. With the arrival of spring, the vitality of the plant is revived, activated. Then they carry out a Benjamin ficus transplant. After all, any interference with life processes for a plant is stress. It is easier to survive it in the spring.

In addition, after transplantation, the indoor culture is restored faster due to the increase in daylight hours, the life-giving rays of the sun.

After a transplant carried out in March - early April, the ficus has time to strengthen the root system before the onset of winter.Then, even with slowed metabolic processes, the stems and leaves of the plant will have enough nutrition.

Ficus Benjamin is transplanted up to four years old every two years. For adults, the procedure is performed every 5-6 years. Tall bushes or trees can not be transplanted, but the top layer of the substrate in the tubs can be replaced with nutritious soil.

The reasons for an urgent ficus transplant are:

A transplant is organized if the plant is sick. Before the procedure, it is necessary to carry out preparatory work, pick up the soil, a container of the appropriate diameter and height.

Preparation of soil and containers 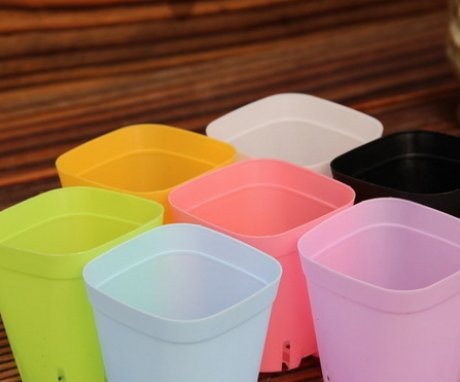 A soil substrate for ficus is prepared by combining sod and leafy soil in equal amounts. Be sure to add river sand. A drainage layer is placed on the bottom of a pot disinfected with a solution of potassium permanganate or formalin. Expanded clay or broken brick acts in its role. In the tank, drainage takes up about twenty percent of the volume.

Preparation for transplanting the Benjamin ficus is carried out taking into account the requirements for the soil and capacity for the tree.

Before laying the soil, spill the soil mixture with boiling water or a 1% solution of potassium permanganate. This way they destroy pathogenic microorganisms and suppress their activity. To improve the decorative properties of ficus, a soil with neutral acidity is used, when the pH is from 5.5 to 6.5.

The diameter of the container plays a major role in the development of the plant. During the transplant, a container is selected two to three centimeters larger in diameter and in the height of the previous pot. Containers made of plastic and ceramics are chosen for transplantation. 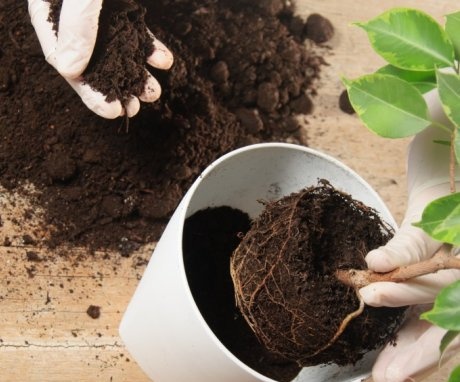 The main method of transplanting a plant is by transshipment without destroying the clod of earth formed around the roots. The method helps the ficus to survive the transplant with minimal stress.
If the procedure is carried out with an adult tree, then two people will be able to pull it out of the container. Striking the walls of the pot, they try to gently transfer the ficus to the prepared place on the floor.

The sequence of actions during transplantation allows you to carry out the procedure correctly:

A transplant carried out taking into account the rules will not be a serious test for Benjamin's ficus. The bush will quickly bounce back if it is put on adaptation in a shaded room for two days. 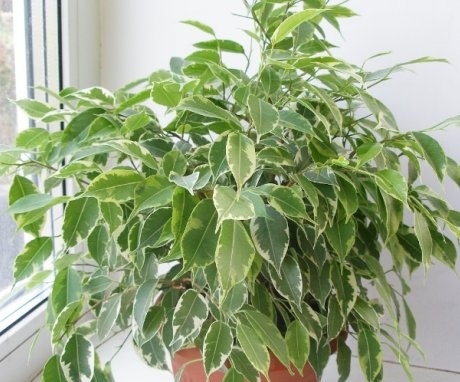 For a tropical tree, the illumination of the habitat is important. After transplanting, place a tub with a plant on the east or west side of the house. For varieties with dark leaves, moderate illumination is also suitable, a ficus with light plates needs more light.

How to care for a plant:

All types of care are important and necessary after the transplant so that the ficus continues to develop successfully. 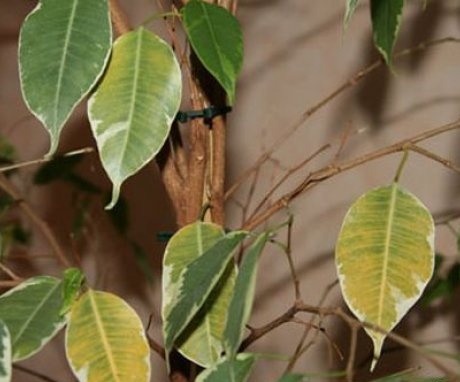 Ficus Benjamin it is easy to cope with all the negative influences, while remaining beautiful. But if the tree begins to actively shed its foliage, then the reason for this is that the plant:

Ficus is uncomfortable in the house, when it is often transferred from place to place. Drafts, cold and hard water, which are poured over him, are dangerous for Benjamin.

Of the pests, the scale insect and the spider mite attack the tropical bush. Combat pests with treatment insecticides - Aktellik, Fitoverm. When spraying with solutions, make sure that they do not fall on the ground. About fungal diseases ficus signals a white bloom on the leaves, drying and dropping them. You can bring the plant back to normal by treating the plant with soapy water or fungicidal agents.

Ficus Benjamin lives for a long time, there are specimens twenty years old.

The main thing is to monitor his condition, transplant on time, follow the rules of care. The decorative type of indoor plant Benjamin ficus is kept in apartments, offices. It is a true decoration of the winter garden, greenhouse. The tree lives for a long time if it is transplanted on time.