The most common diseases of ficus Benjamin

Ficus Benjamin was named after a British botanist who created a guide to flowering plants and described many species of ficus. This plant comes from southeast Asian countries with a tropical climate. In the wild, the plant is represented by a rather large tree up to 30 meters, with a spreading crown covered with narrow oval fleshy leaves.

Ficus Benjamin attracted the attention of botanists with its beautiful appearance and work began on its selection. As a result of the labors, decorative flower varieties appeared, having more modest sizes and the ability to grow in indoor conditions.

What is Benjamin's ficus 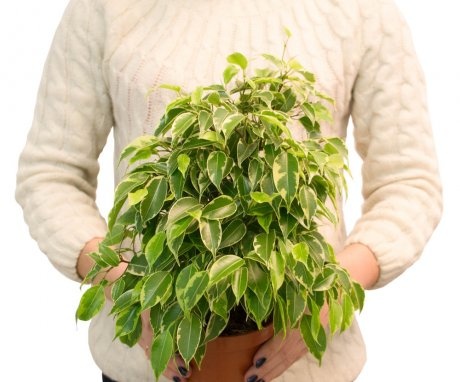 Ficus Benjamin is loved for its decorative effect and few people know that this plant has bactericidal properties and is able to cleanse the air of pathogens.

This plant has a huge varietal variety with leaves of different colors and sizes. With proper care, an ornamental leafy plant can grow up to two meters. Due to intensive growth ficus needs support, but you can not install it, but beautifully weave several shoots into one trunk. The flower can be formed by both a tree and a bush.

The most popular in indoor floriculture are the following varieties of Benjamin's ficus:

Whichever variety attracts the attention of the grower, the ficus needs proper full care. Otherwise, the plant will lose its decorative effect and will soon die.

What leads to improper flower care 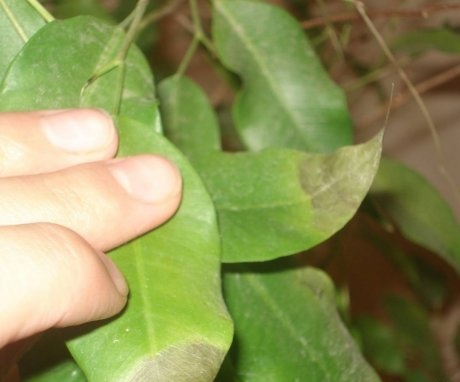 It is necessary to care for Benjamin's ficus competently, taking into account his tropical preferences. To do this, you need to fulfill a number of conditions:

If you do not properly follow the rules of care, then the ficus will begin to wither and become not a decoration of the house, but a headache for its inhabitants. There are some of the most common growing problems:

It is quite difficult to restore the health of a plant, and in some cases it is not possible. If maintenance errors are noticed in the early stages, then the plant can be saved by recreating the natural habitat and eliminating the causes of the ailment. But if the conditions are maintained, and the plant withers, then infectious diseases or harmful insects may be the cause.

What a plant can hurt and how to treat it 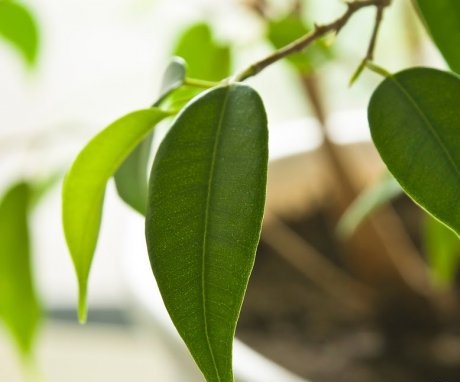 With improper care, namely from excess moisture, Benjamin's ficus can become covered with growths that are concentrated on the inside of the leaf plate - these are symptoms of dropsy. The plant can be saved by recreating favorable conditions, but the affected leaves will have to be removed, because they cannot be treated.

But ailments associated with improper care are not the only ones that the plant suffers from. Ficus can often affect infectious fungal diseases, which are very difficult to treat:

How to avoid growing problems 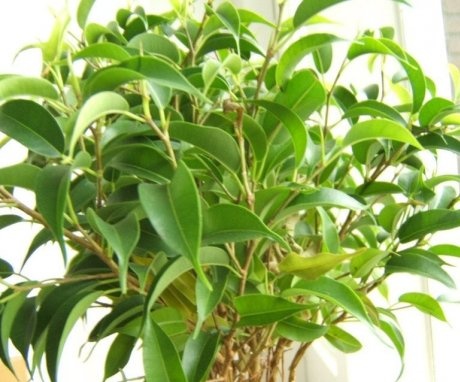 To avoid trouble when growing a plant, you need to properly care for it:

If you adhere to the recommendations of experienced gardeners and pay enough attention to the flower, then Benjamin's ficus will delight with its beauty and decorate any interior. In addition, this plant does not lose its decorative effect in winter and will delight the eye all year round.