What to do if Benjamin's ficus has dropped all the leaves?

Favorite of florists ficus benjamin is represented by almost every collector of indoor plants. It is loved for its ease of care, excellent decorative properties and the ability to shape both the trunk and the crown. But improper care leads to the fact that the plant completely discards its foliage and it threatens to move to the nearest trash heap. But there is no need to rush into this, as there are many ways to help the flower regain its former shining appearance. 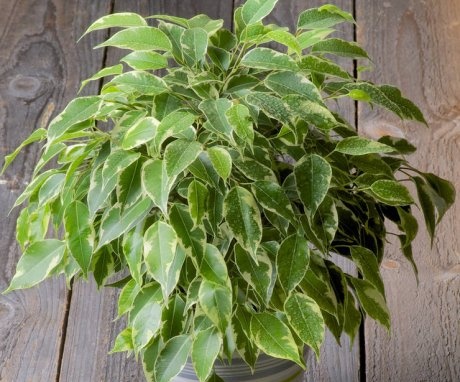 Varieties ficus quite a lot, but the structural features of Benjamin's ficus are as follows:

If you initially create good conditions for the plant, then there will be no problems with the plant:

Ficus dropped the leaves? Looking for a reason 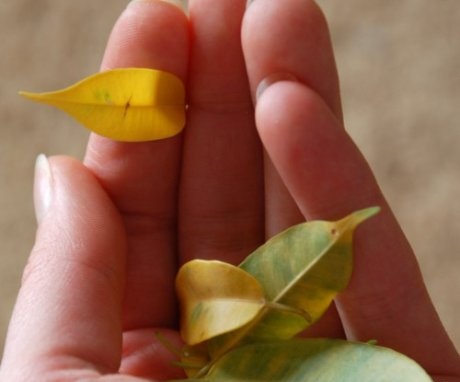 Despite the fact that the ficus is not as capricious as many pets that need similar conditions, but with improper care, the ficus sheds its leaves and it is quite difficult to restore rich hair later.

There are some factors that directly affect a plant shedding foliage:

And there are also other reasons why such a problem occurs:

But do not confuse abundant leaf fall with natural leaf fall, since each leaf lives for about three years, and then dying off occurs. Old leaf plates are harder and darker than young ones, so if periodically a florist finds them on the floor, then this is not scary.

How to help a ficus, if, after all, the leaves have fallen? 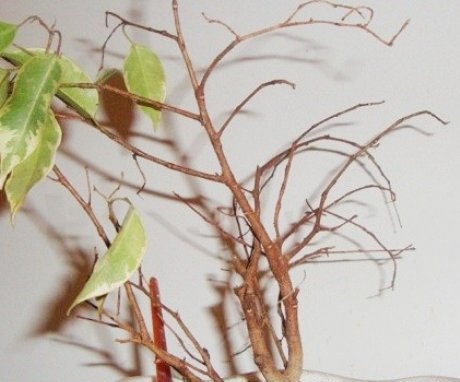 Helping the plant should be reasonable. Because if you take active measures during the period of biological hibernation, you can seriously harm the ficus. Therefore, if such a nuisance began to take place in the autumn-winter period, when the feeding season has already ended, then the following measures can be taken:

Such precautions will help slow down the process of suppression of the vital functions of the ficus, and prepare it for intensive therapy in the spring and summer.

Already at the end of March, the ficus must be transplanted into a new land, according to the following scheme:

Such resuscitation can work wonders, since in about a month the ficus will be covered with new young foliage.

Helpful tips: how to properly care for a plant 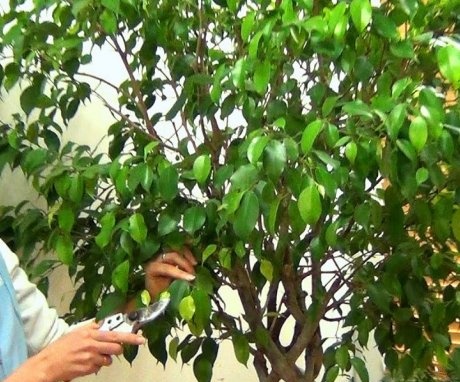 In order for a houseplant to grow healthy and beautiful, it must be properly looked after:

It is worth remembering that an initially healthy plant cannot "wither" in a tub without a reason. There is always either a causative agent of the disease, or the conditions of detention are violated. Ficus Benjamin can delight you with its appearance for many years, but only if you show at least a small amount of care about it.

Unfortunately, this is exactly what happened to me. The flower felt great, and then they turned on the heating in the apartment, and he began to shed the leaves. Maybe I started doing something late, but the plant could not be saved. And a friend's in the kitchen. on the floor in a similar apartment and feels great.

From time to time, the ficus also sheds its leaves and immediately begin to take drastic measures - I transplant the flower, spray it abundantly, and also exclude the draft. This usually happens in winter, when it's hot at home, but it's cold outside and I ventilate the room.

My friend's ficus dried up before her eyes and shed most of the leaves. We decided to transplant into new soil, cut off the dried branches, moistened the soil well, washed the remains of the plant and covered it with a large plastic bag. A month later, the plant began to come to life and new leaves appeared on it.